The Biden administration announced this week that the United States will be rejoining the UN Human Rights Council (UNHRC) — an institution that has demonstrated an uncanny bias against Israel since its inception.

Since its establishment, the UNHRC has condemned Israel 90 times; whereas Syria, for all its evil transgressions and murder of some 350,000 civilians, has only been condemned 35 times, North Korea 13 times, Iran 10 and Venezuela only twice. No democracy in its right mind should be affiliated with UN agencies that have clearly become weaponized against Israel.

Thus, it was almost comedic when the International Criminal Court (ICC) joined the fray and announced that it has jurisdiction to investigate supposed war crimes in the West Bank, east Jerusalem and Gaza. The court has been pursuing this claim since 2015 with what appears to be a clear and unequivocal political agenda. Interestingly, and perhaps not coincidentally, the ICC came out with its decision not long after U.S. President Joe Biden assumed office.

The previous administration was frustrated with the ICC and even went as far as threatening economic and travel sanctions against the institution. An executive order signed by President Donald Trump last year clearly stated that, “Any attempt by the ICC to investigate, arrest, detain or prosecute any United States personnel without the consent of the United States, or of personnel of countries that are United States allies and who are not parties to the Rome Statute or have not otherwise consented to ICC jurisdiction, constitutes an unusual and extraordinary threat to the national security and foreign policy of the United States.” 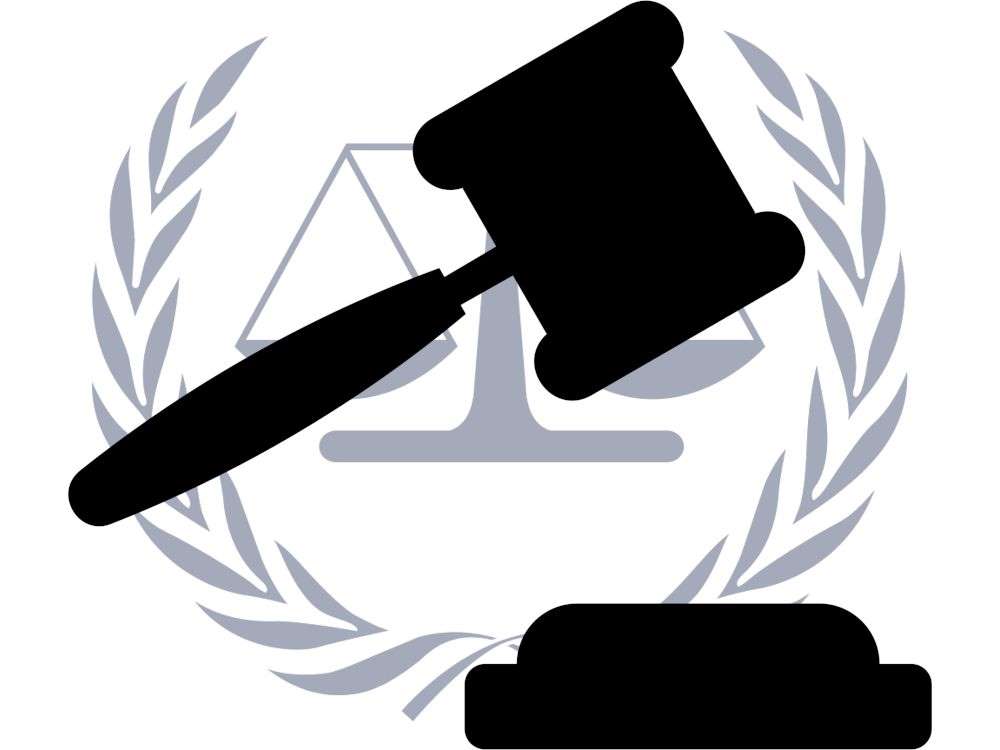 In a post-Holocaust world, the international community requires an international body that investigates and prosecutes war crimes. So many war criminals have gotten away with murder, only to live out their lives, marry and raise families. Just this week, Germany announced it had charged a 100-year-old man with over 3,500 murders that took place in Nazi concentration camps. This comes on the heels of accessory to murder charges laid against a 95-year-old woman who worked during the war as the secretary of the SS commandant of the Stutthof concentration camp. In Canada this week, an accused 96-year-old ex-Nazi evaded deportation by having an immigration board hearing delayed, after his citizenship was revoked four times.

Where has the ICC been on the Nazi war criminal file over the last 25 years? Instead of prosecuting actual atrocities, it has lost its legitimacy by going after the very people who suffered during the Holocaust and whose tragedy inspired and motivated the formation of international human rights conventions, including the Universal Declaration of Human Rights and, arguably, the United Nations itself. With legitimacy lost, how can the world community count on the ICC to go after modern-day war criminals like Syrian President Bashar Assad, who has been accused of launching gas attacks against his own civilian population?

By clearing the way for it to investigate a free and democratic state that is not party to the Rome Statute, the ICC is losing public and international trust. Its position has already been condemned by countries that are widely respected in international legal circles.

In Canada, for example, Foreign Affairs Minister Marc Garneau released the following statement: “The creation of a Palestinian state can only be achieved through direct negotiations between the parties. Until such negotiations succeed, Canada’s longstanding position remains that it does not recognize a Palestinian state and therefore does not recognize its accession to international treaties, including the Rome Statute of the International Criminal Court.”

Despite the fact that the court has no jurisdiction in Israel, it has effectively undermined peace negotiations by declaring that the West Bank, east Jerusalem and Gaza qualify as a sovereign state. Nothing could be further from the truth. In response, the U.S. State Department declared that, “We do not believe the Palestinians qualify as a sovereign state, and therefore are not qualified to obtain membership as a state, or participate as a state in international organizations, entities or conferences, including the ICC.”

Even German Foreign Minister Heiko Maas weighed in, saying that, “In our legal view on jurisdiction of the ICC regarding alleged crimes committed in the Palestinian territories … the court has no jurisdiction because of the absence of the element of Palestinian statehood required by international law.” The ICC’s judges and prosecutors surely knew this, yet proceeded to execute the Palestinian lawfare campaign against Israel anyway, presumably to undercut the Jewish state’s growing international standing and legitimacy.

The ICC was a promise to the world that war criminals would not evade justice. Following the Holocaust, it became clear that so many Nazi war criminals got away with murder. In recent decades, while some war criminals have been prosecuted for crimes in Bosnia and Rwanda, thousands more have gotten away with murder. I hold out hope that the ICC will focus its energy on these atrocities and emerging concerns like the plight of the Chinese Uyghurs and Iranian civilians who are suffering at the hands of brutal regimes. No less than humanity’s moral standing is at stake.