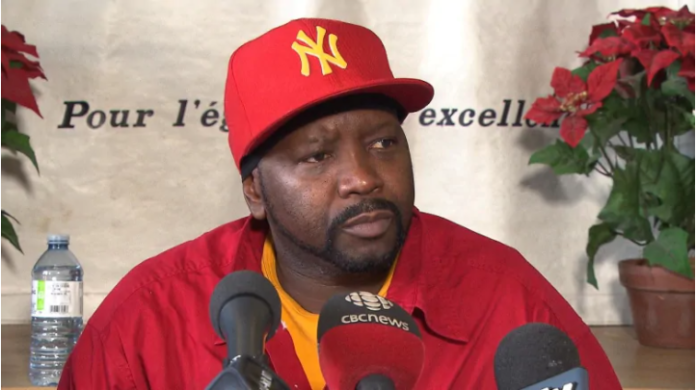 Two Montreal police officers who unlawfully arrested a Black man driving a Mercedes in Montreal West have each been suspended for 13 days, without pay, by the police ethics committee.

Civil rights activists criticized the punishment for being too lax, saying it demonstrates the need for tougher penalties for police officers who commit racial profiling.

Their punishment was laid out in an Aug. 27 decision by Judge Louise Rivard.

Benoît was actually suspended 34 days and Bernard-Thomassin for 28 days, but because sanctions are served concurrently their punishments were reduced to 13 days — five of which, in each case, were for racial profiling.

In her ruling last year, Rivard concluded the officers acted unlawfully when they detained, arrested and used force against McRae after asking for his licence and registration on Westminster Avenue.

The officers also went through and deleted content from a video camera McRae uses to record interactions with police, and lied in police reports, according to Rivard.

Police have the option of appealing any penalties in Quebec court.

According to Rivard’s ruling, on the night of the arrest, McRae was waiting for his girlfriend to withdraw money from the Royal Bank branch when a police car stopped across the street from his own.

The squad car then made a U-turn and stopped directly behind him. An officer asked for his licence and registration. McRae said that, after checking his papers, the officer told him the lights above in his licence plate weren’t working.

He got out of the car with a video camera to record that the lights were, in fact, fully functional. At that point, one officer asked him to hand over the recorder and, when McRae asked why, he was arrested for what the officer called “disturbing the peace.”

The officers pushed McRae up against the back of his car, handcuffed him, then placed him in the back of the police car while his camera was seized and videos were erased.

Eventually, the officers opened the door to the squad car, removed the handcuffs and let him go.

Fo Niemi, the executive director of Center for Research-Action on Race Relations, said Monday the five-day suspension is “far too lenient to have a deterrent effect” and shows the need for tougher sanctions.

Alain Babineau, an advisor for the same group, said the decision also confirms that police have “no right to seize, search and erase a citizen’s camera and recordings of a police intervention.

On Sunday, several dozen people took part in a “driving while Black” protest — the second this year — to demand an end to racial profiling by the province’s police.

One of Canada’s most-wanted fugitives arrested in Surrey, police say