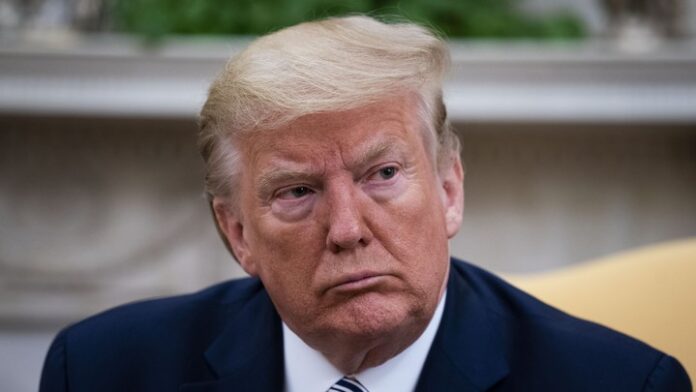 A fuming Gov. Andrew Cuomo blasted President Donald Trump on Tuesday for “actively trying to kill New York City” while airing a long list of other grievances about how the Empire State has been treated by the federal government.

Cuomo criticized the president for refusing to approve or fund projects that the governor has championed, such as a proposed Air Train to LaGuardia Airport, the Second Avenue subway line and failing to provide more federal coronavirus aid for the state and city.

Experts say taxpayers in coastal states, such as New York, New Jersey and California, have felt the brunt of the $10,000 cap on the itemized deduction for state and local taxes – a key piece of the tax plan Trump signed into law in 2017. In their proposal for another round of pandemic-related government stimulus, House Democrats tucked in a provision that would remove the SALT cap in 2020 and 2021.

Cuomo went on to accuse the president of causing “the Covid-19 outbreak in New York,” adding that the federal ban on travel from Europe was “too little, too late.” The governor also criticized the National Institutes of Health and the Centers for Disease Control and Prevention as “incompetent.”

“Gov. Cuomo seems paranoid. Every time New York and New York City has needed something, President Trump has delivered,” White House spokesman Judd Deere said in a statement to CNBC. “The only people trying to harm New York City are the liberal politicians and their failed big government policies.”

In March, New York City became the epicenter of the coronavirus outbreak in the U.S. before it was able to slow transmission by closing nonessential businesses. To date, the virus has infected more than 440,000 people in the state and killed at least 33,000, according to data compiled by Johns Hopkins University.

Since the peak of the outbreak in April, the state has managed to bring the virus largely under control. However, New York’s death toll from the early outbreak still accounts for roughly 15% of all confirmed Covid-19 fatalities in the country, according to Johns Hopkins data. Cuomo described the state’s recent success in controlling the outbreak as “an obvious outlier” when compared with the rest of the country.

Last week, Trump ordered federal agencies to look for ways to restrict funding to Democrat-led cities, including New York City, because of what he said was city and state leadership’s failure in some cities to control recent surges in violent crimes. In the memo, Trump described such cities as “anarchist jurisdictions.”