The flooding that prompted a provincial state of emergency in British Columbia is visible from space.

Commander Chris Hadfield, a famed Canadian astronaut who made three previous trips to space, shared a NASA photo Wednesday of the Fraser River where it meets the Pacific Ocean.

He said the photo shows the flooding and what he called “amazing movement of topsoil into the sea.” 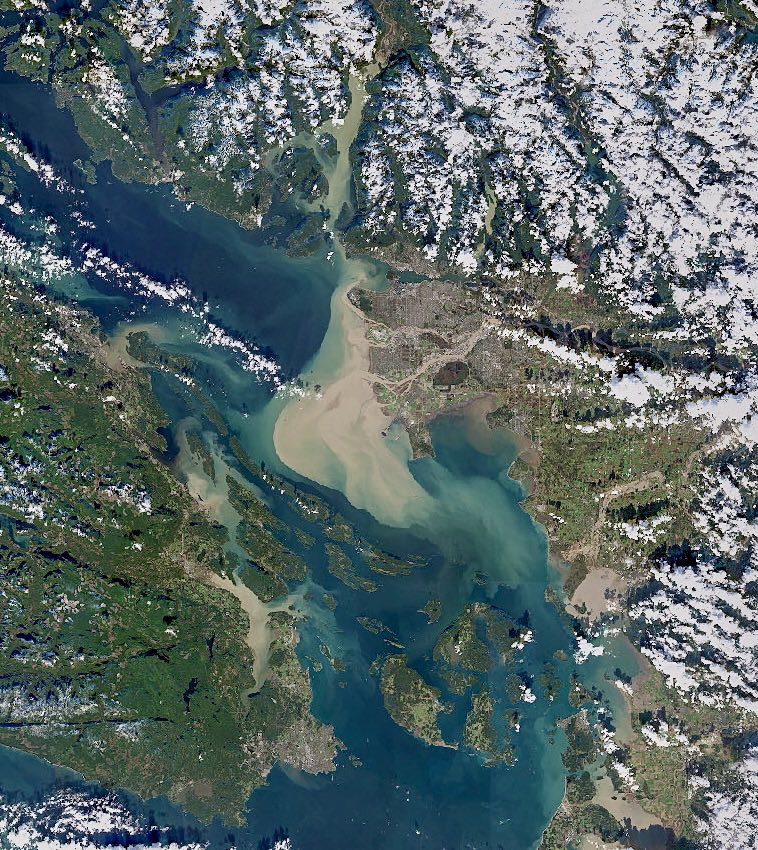 Older photos shared after Hadfield’s post on Twitter show normally there is some topsoil transfer, but not to the extent seen in the latest photo.

Days of heavy rain drenched the southern half of British Columbia earlier in the week, causing already-swollen rivers to leap their banks. Flooding blocked roads in Metro Vancouver and on Vancouver Island, and the situation was much worse further inland. An entire city was evacuated, as were several communities.

Thousands of farm animals are believed to have died as a result of the sudden flooding in Abbotsford, and at least one person died in a mudslide between Pemberton and Lillooet. More deaths are expected to be confirmed as the area is searched.

Parts of highways were destroyed by debris that was swept down mountainsides, including the busy Coquihalla Highway, parts of which are now completely gone.

And motorists and residents of areas hit by flood or mudslides were trapped, needing rescue by air or water.

One provincial official described the storm as the worst the province has seen in a century.

‘It can shut down and collapse units’: Victoria’s Police Union says department declared state of emergency due to Omicron

Time for an equity tax? Experts look for solutions to increasingly unaffordable housing