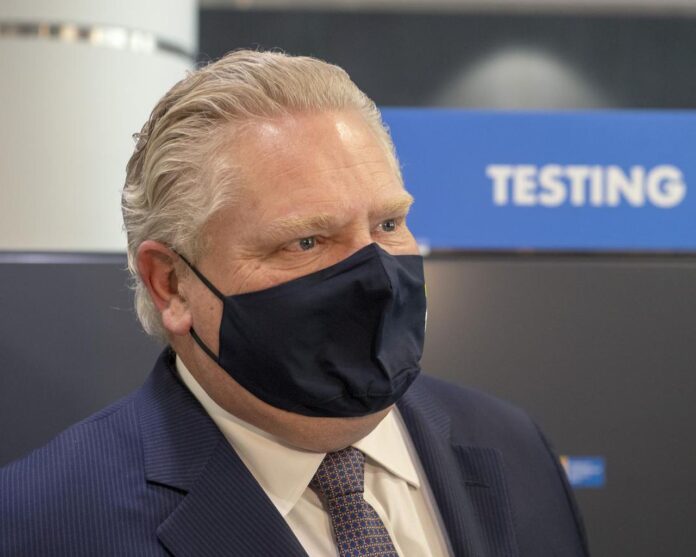 Ontario Premier Doug Ford has approached the governor of Michigan about the possibility of having essential workers who cross the border from Canada vaccinated against COVID-19 stateside.

The premier spoke to Gov. Gretchen Whitmer on Wednesday, and a source with knowledge of the situation told CBC News that she indicated she is open to hearing more on the idea.

It’s now up to Ontario to propose a plan, to see if an agreement can be reached. The timeline on next steps was not immediately clear and there is no guarantee such a proposal will go forward.

In Manitoba, truck drivers, teachers and other school workers, can already cross into North Dakota for vaccinations.

Ontario’s proposal “reflects the fact that it’s in everyone’s best interest to arrange safe, predictable passage for critical staff and truck drivers who cross the border regularly,” said Flavio Volpe, president of the Automotive Parts Manufacturers’ Association, in a statement.

With files from the CBC’s Katie Simpson and Rosemary Barton

Alberta’s new premier has revealed her cabinet. Here’s who is in charge of what