Kamala Harris, the groundbreaking senator from California, has made history again — set to become the first female vice president and woman of color in the White House.

Harris, 56, the daughter of immigrants, is expected to win the contest for the second-highest office after Joe Biden became the apparent winner in the crucial battleground state of Pennsylvania, putting him over the threshold of 270 electoral votes needed to win the presidency.

“This election is about so much more than @JoeBiden or me,” she said on Twitter shortly after several news organizations projected Biden as the apparent winner. “It’s about the soul of America and our willingness to fight for it. We have a lot of work ahead of us. Let’s get started.”

In another post, she shared a short clip of her speaking on the phone with the projected president-elect. “We did it. We did it, Joe. You’re going to be the next president of the United States,” she said in the video.

MORE: Kamala Harris: Everything you need to know about the Democratic nominee for vice president

When Biden announced Harris as his running mate in August, he said, “I know a thing or two about being vice president. More than anything, I know it can’t be a political decision. It has to be a governing decision. If the people of this nation entrust me and Kamala with the office of president and vice president for the next four years, we’re going to inherit a nation in crisis, a nation divided, and a world in disarray. We won’t have a minute to waste. That’s what led me to Kamala Harris.”

Harris, whose mother was Indian and father is Jamaican, has already achieved several historic milestones throughout her career. She was the first African American woman to be elected district attorney of San Francisco, serving from 2004 to 2010.

In 2011, she became the first woman, first African American and first Asian American to serve as California’s attorney general. 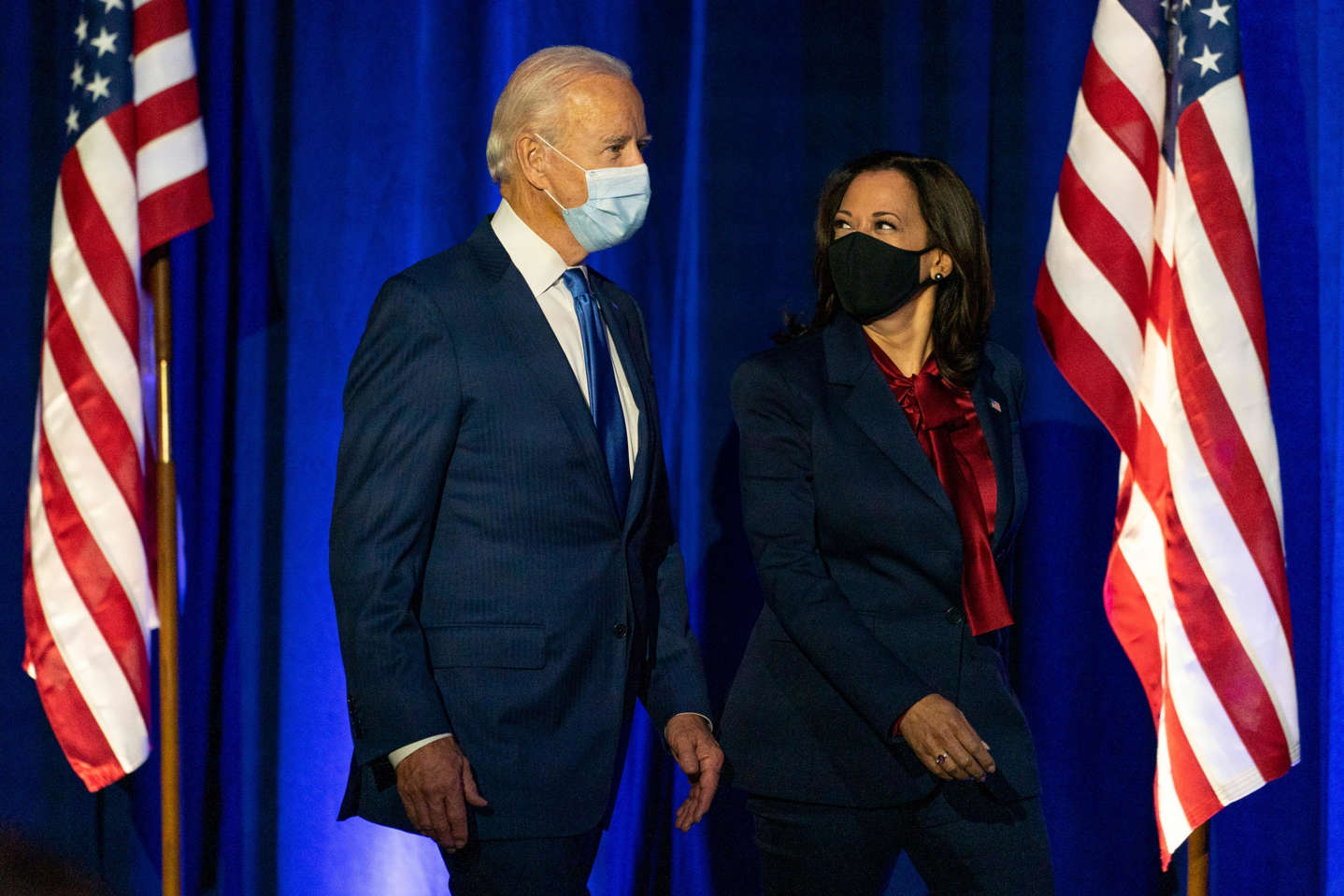 Harris has been a U.S. senator representing California since 2016, the second Black woman and first South Asian American senator in history.

A graduate of Howard University and the University of California, Hastings College of Law, the Oakland native started her career as a prosecutor in Alameda County and went on to work for the San Francisco city attorney’s office, specializing in child sexual assault cases.

She refers to herself as a “progressive prosecutor,” though liberal critics of her record have called out her defense of the death penalty as California’s attorney general in 2014.

As a senator, Harris served on several committees, including the judiciary committee. In that forum, she gained attention using her skills as a prosecutor to grill then-Supreme Court nominee Brett Kavanaugh during his confirmation hearing including about his stance on Roe v. Wade and an alleged decades-old sexual assault, allegations he vehemently denied.

During Donald Trump’s impeachment trial, she suggested that the president thought he was above the law and later called his impending acquittal a “miscarriage of justice.”

Harris made an unsuccessful run for president last year, facing off against Biden in the Democratic primary.

During the first debate of the cycle, she caught national attention by challenging Biden on his past stance on busing.

“There was a little girl in California who was part of the second class to integrate her public schools and she was bused to school every day. That little girl was me,” Harris said.

Despite the tension between the two during the primary contest, Biden complimented Harris when she suspended her campaign.

“She is a first-rate intellect, a first-rate candidate and a real competitor,” he said during an event in Iowa. “I have mixed emotions about it because she is really a solid, solid person and loaded with talent. I’m sure she’s not dropping out on wanting to make the changes she cares about.”

Biden’s late son, Beau, who died of brain cancer, had a close friendship with Harris and was a key factor in his choice.

“She had the best recommendation she can get: my son Beau, not a joke,” Biden told “Good Morning America” in August.

“For a little girl who grew up poor, Black and female in the South to be considered during this process has been an incredible honor,” said Florida congresswoman Val Demings, who was on Biden’s shortlist. “I feel so blessed. To see a Black woman nominated for the first time reaffirms my faith that in America, there is a place for every person to succeed no matter who they are or where they come from.”

Harris’ alma mater, Howard University, called her rise “an important testament of what is possible in our imperfect nation.” Adding to the long list of firsts, Harris’ apparent victory marks the first time a graduate of a historically black college and university will become vice president.

Harris is the author of a memoir, “The Truths We Hold: An American Journey,” and a children’s book, “Superheroes Are Everywhere.”

Her parents, Donald Harris and Shyamala Gopalan, met while attending graduate school at the University of California at Berkeley in the 1960s.

Harris credits her late mother with empowering her to look for solutions.

“I was raised that, when you see a problem, you don’t complain about it, you go and do something about it,” Harris said in a “Good Morning America” interview.