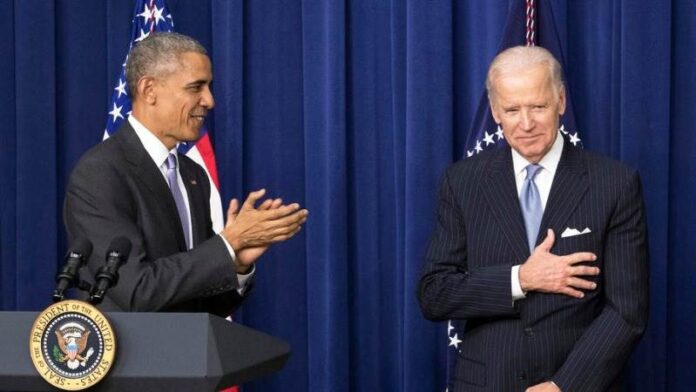 “I know he’ll do the job with the best interests of every American at heart, whether or not he had their vote. So I encourage every American to give him a chance and lend him your support. The election results at every level show that the country remains deeply and bitterly divided.”

“America has spoken and democracy has won. Now we have a President-Elect and Vice President-Elect who will serve all of us and bring us all together. Congratulations to Joe Biden and Kamala Harris on your momentous victory!”

“Rosalynn joins me in congratulating our friends President-elect Joe Biden and Vice President-elect Kamala Harris. We are proud of their well-run campaign and look forward to seeing the positive change they bring to our nation.”

“The voters have spoken, and they have chosen @JoeBiden

and @KamalaHarris To be our next president and vice president.

It’s a history-making ticket, a repudiation of Trump, and a new page for America. Thank you to everyone who helped make this happen. Onward, together.”

“Ann and I extend our congratulations to President-elect Joe Biden and Vice President-elect Kamala Harris. We know both of them as people of good will and admirable character. We pray that God may bless them in the days and years ahead.”

“Congratulations to President-elect Biden. I have prayed for our President most of my adult life. I will be praying for you and your success. Now is the time to heal deep wounds. Many are counting on you to lead the way.”

“@JoeBiden @KamalaHarris and the American people, you just gave the world one of the greatest acts of kindness and bravery humanity has ever seen. nothing but love for our new Commander in Chief and the 1ST female VP elected to the White House. Also, way to go PA.”

“Unity, empathy, and decency are not characteristics of a bygone era. Congratulations President-elect @JoeBiden and Vice President-elect @KamalaHarris. By voting in record numbers, the American people proved again that our democracy is strong.”