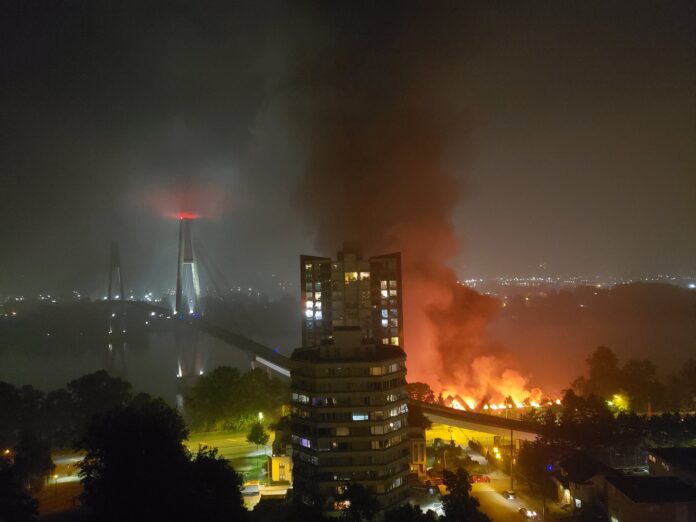 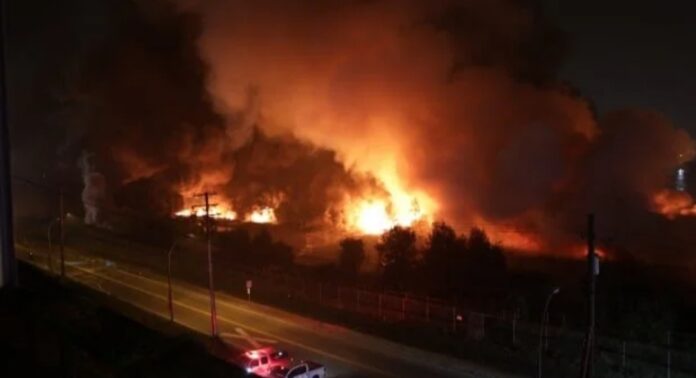 A large fire can be seen burning along New Westminster’s waterfront at Pier Park. It started around 8 p.m. PT on Sunday, September 13, 2020.

A large portion of the boardwalk at the park is on fire, right next to the railroad on Front Street according to witnesses at the scene. Front Street has been closed in the area as firefighters work to put out the blaze. 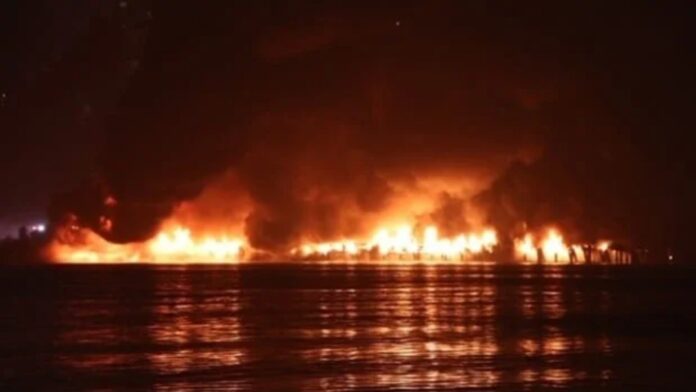 New Westminster Fire and Rescue Services has not yet shared details about the blaze such as its exact location, size, what may have caused it or if there were any injuries.

People started posting about the fire on social media around 8:30 p.m. PT.

TransLink said that due to the fire there is no SkyTrain service between Columbia and Scott Road stations.

Trains heading toward King George Station from Vancouver are now being diverted toward Production Way-University Station.

All trains from King George Station are turning back at Scott Road Station.

Extra bus service has been set up to transport commuters between Columbia and Scott Road stations.

Millennium and Canada Line service is unaffected, and is running, said TranLink in a release.

B.C. prepares for a ‘minimalist’ Remembrance Day amid COVID-19 concerns

Statement by the Prime Minister on Thanksgiving