A United States citizen held by Venezuelan authorities on accusations of being an American spy was not sent to Venezuela by the US government, a senior Trump administration official said on Wednesday.

Venezuela’s chief prosecutor Tarek William Saab on Monday announced charges of terrorism and weapons trafficking against Matthew John Heath, detained last week in the South American country where socialist President Nicolas Maduro is deeply at odds with the US.

Saab said Heath had been plotting attacks against the OPEC nation’s oil industry and electricity system.

“From everything I’ve seen, I can say the United States government did not send Mr Heath to Venezuela,” Elliott Abrams, the US special envoy for Venezuela and Iran, told reporters when asked about the case. 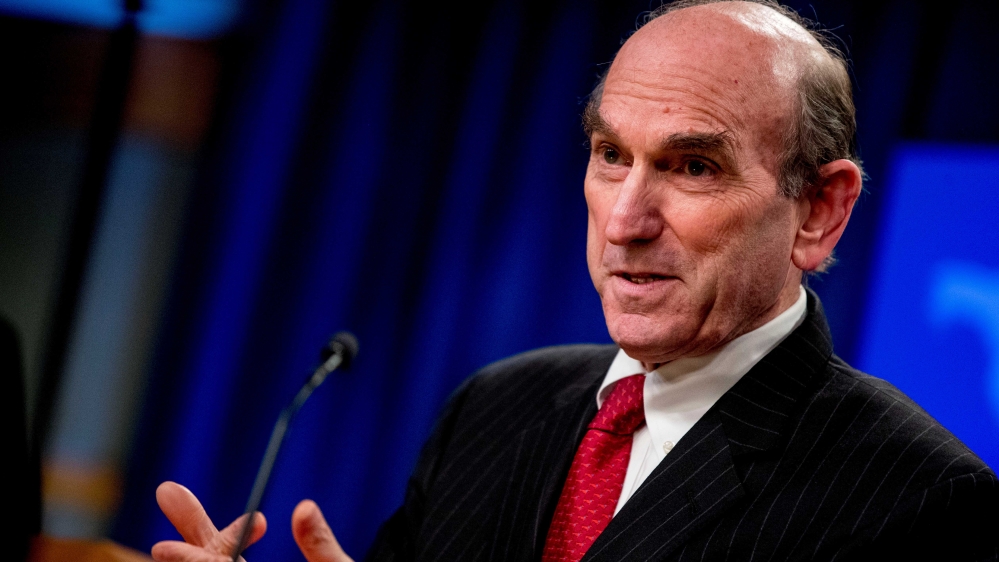 Special Representative for Venezuela Elliott Abrams speaks during a news conference at the US Department of State, in Washington, US [File: Andrew Harnik/ Pool via Reuters]

Abrams said he was limited in what he could say, for privacy reasons, but added that Venezuela “is particularly difficult because we do not have an embassy with a consular section in Caracas”.

A US government source, who spoke on condition of anonymity, said on Monday that Washington was investigating Venezuelan authorities’ claims and advised scepticism.

Saab said Heath had entered Venezuela illegally via the Colombian border, was carrying a “coin” linking him to the US Central Intelligence Agency, without providing details, and previously worked for a private military contractor. Pro-government media identified Heath as a former US Marine.

Saab said three Venezuelan citizens were arrested and charged with treason as part of the alleged plot.

Caracas last month sentenced two former US soldiers to 20 years in prison for their role in a botched incursion in May that Venezuelan authorities said was aimed at ousting Maduro.