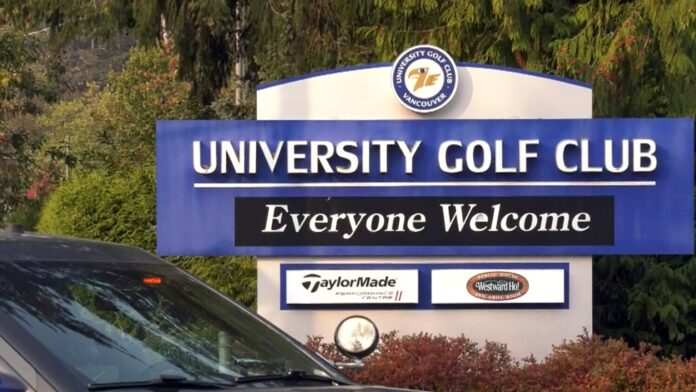 CTV News/Three people have been charged with first-degree murder in connection with the suspected gang shooting at a golf course near UBC Monday morning.

Earlier this week, police identified the victim of the shooting as 38-year-old Vishal Walia, and said his slaying was believed to be connected to the Lower Mainland’s bloody gang conflict.

In addition to the murder charge, Kang is also accused of arson damaging property, dangerous operation of a conveyance, flight from police and possession of stolen property, according to online court records.

Basra and Baptiste are charged with arson damaging property and possession of stolen property. All three men appeared in provincial court in Richmond Friday morning.

Walia was shot in broad daylight at the University Golf Club around 9:50 a.m. Monday. Despite efforts to save his life, he died at the scene.

Investigators said Friday that a car found engulfed in flames a short drive from the golf course near Crown Street and 22nd Avenue in Vancouver was related to the shooting.

Vancouver police officers saw a suspect vehicle leaving the scene of the fire, according to IHIT, and a few minutes later that vehicle was involved in a dramatic multi-vehicle crash involving an RCMP vehicle in neighbouring Richmond.

A police cruiser, a commercial vehicle and a third vehicle “believed to have been associated to a suspicious fire that occurred in Vancouver” collided on Highway 91 around 45 minutes after the burning car was discovered, the Richmond RCMP detachment said in a news release Monday.

“The driver of the commercial vehicle was transported to hospital for treatment of non-life threatening injuries. Three occupants from the third vehicle involved were taken into custody, and are being held for investigation,” the release said.