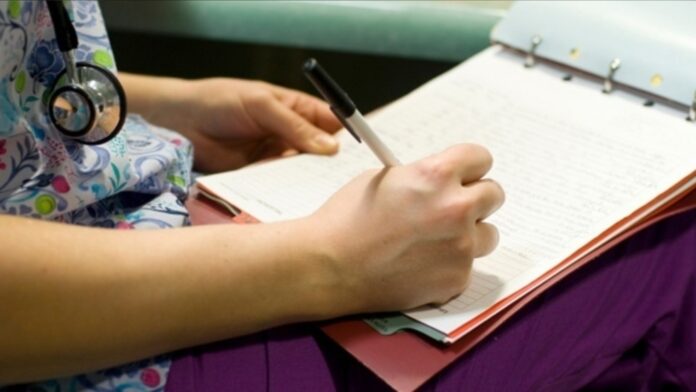 The B.C. Nurses’ Union is voicing concerns about the possibility of some COVID-19-positive health-care workers being asked to continue working in B.C.

“Yes, we are looking at fitness for work for people who have mild illness in the health-care setting,” Dr. Henry said.

It’s not known what capacity workers would be used in and whether it would involve interaction with patients.

She was asked about the possibility of B.C. following in the footsteps of Quebec. That province announced it will be asking certain workers to stay on the job despite testing positive for COVID-19 or coming in contact with someone who is sick.

The move is also being considered in Manitoba as critical staffing shortages impact health systems across the country.

Danette Thomson, interim vice-president of the B.C. Nurses’ Union said she was “gobsmacked” when she heard Dr. Henry make the announcement Wednesday.

“I understand that things are critical but introducing COVID into a worksite is just something that I actually cannot comprehend,” Thomson said, while adding she’s extremely concerned about staffing levels in January.

“(Right now) nurses have two to two-and-a-half times more patients than normally they would,” she said.

“I think that’s really concerning,” Dr. Tan said. “The fact of the matter is (health-care workers) have all been going above and beyond for two years and we’re not robots, you can’t just increase our programming, we’re human beings.”

“What alternative would people propose? We don’t have back up staff waiting in the wings. There is no B team,” the post said.

B.C. health officials will give their final update of the year on Friday morning.

B.C. to observe national day of mourning for The Queen, keep schools closed