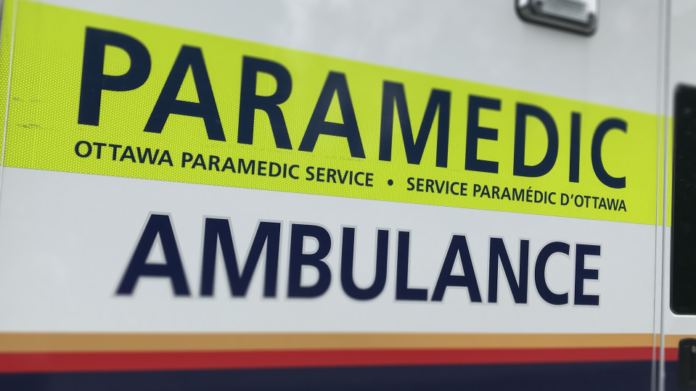 Ottawa’s paramedic chief says another six members of the Ottawa Paramedic Service have tested positive for COVID-19 following an outbreak linked to an off-duty social event, bringing the total to 36 cases.

But he insists impacts to service are minimal. The update came in a memo at 7:01 p.m. Wednesday.

“At this time, there are 6 additional known COVID-19 cases within the service bringing the total positive cases related to this gathering to 36. Based on these additional cases, a further 12 patients have been identified as close contacts bringing the total number of low to moderate risk contacts to 105,” Pierre Poirier wrote.

Poirier said in a memo on Tuesday that a member of the paramedic service developed COVID-19 symptoms following a private gathering on Wednesday, Dec. 15. The individual tested positive three days later.

“As the gathering took place in the 48 hours prior to the individual developing symptoms, all staff members who were in attendance were directed to be tested for COVID-19,” he said.

Poirier said another 93 people were identified as close contacts at the time.

“As members of our service follow strict infection control and Personal Protective Equipment (PPE) protocols, the risk of exposure is considered low to moderate,” he said.

In a statement to CTV News Ottawa on Wednesday, Poirier said of the members who tested positive, some were paramedics and some were support staff. They had gathered at for a social gathering a “food establishment” that he did not identify.

Poirier added that there are “minimal” impacts to service delivery in his statement Wednesday and later in his memo. In the memo he sent Tuesday, he said service levels were “not impacted.”

“Presently, there are minimal impacts to overall service delivery, including paramedic immunizers and ambulances. As this is an evolving situation, the City continues to monitor the impacts to the service delivery of the Ottawa Paramedic Service and will implement further contingency plans as required.”

He said on Tuesday that Ottawa Public Health confirmed that all individuals who were at the establishment and all high-risk contacts have been reached.

Speaking at a media availability, mayor Jim Watson said the news was frustrating to hear, but he said it shows how quickly the virus can spread at events such as the one attended by these paramedics.

In an email, the president of the Professional Paramedic Association of Ottawa, Darryl Wilton, said the event was not operated by the association.

“The paramedic association cancelled all of our events since Ontario first declared a state of emergency in March 2020. We cancelled golf tournaments, hockey tournaments, conferences, all in-person meetings and all social gatherings,” he wrote. “That remains unchanged and this event was not advertised nor operated by the paramedic association. We have refused to hold any and all in-person gatherings until the pandemic is over.”

COVID-19 case counts have been surging in the city in recent days, with Ottawa Public Health reporting more than 2,000 new cases in the last week.

“It has been terrible and frightening every time we see patients or paramedics anywhere become infected with COVID and we sincerely hope they all pull through and don’t suffer any serious complications,” Wilton said.