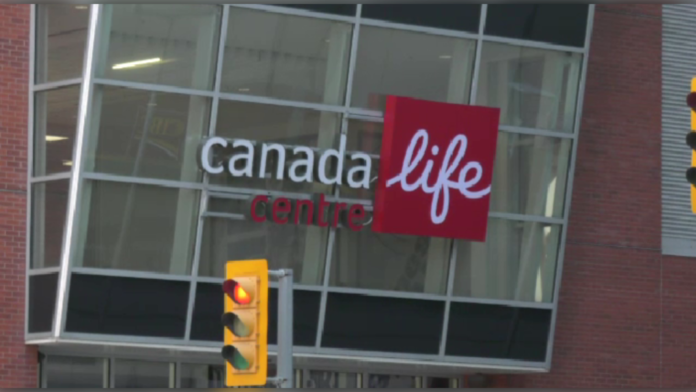 WINNIPEG – Winnipeg Jets season ticket holders will have to give up their seats for some upcoming home games due to the new provincial public health orders.

With capacity at Canada Life Centre capped at 50 per cent (about 7,500 seats) for the next four home games, True North Sports and Entertainment (TNSE) has modified seating arrangements to reflect the restrictions.

Season ticket holders are being offered their regular seats for two of the following games:

Dec. 27 against the Minnesota Wild

• Dec. 29 against the Chicago Blackhawks

• Jan. 8 against the Seattle Kraken

• Jan. 10 against the Minnesota Wild

TNSE told CTV News the games have been randomly assigned in two packages – Dec. 27 and Jan. 8; and Dec. 29 and Jan. 10. Season ticket holders were informed of their assigned package earlier this week. In that email, ticket holders were told “any additional funds will remain as a credit on your account.”

TNSE noted that games had to be “fully re-set,” so all seat holders will need to upload new tickets to their smartphones, and any previously transferred tickets will have to be retransferred.

Fans who purchased single game tickets will receive a refund from TNSE.

The hockey club will release a limited number of seats for reduced capacity games. Season ticket holders will have an opportunity to purchase these seats before the public.

The health orders, including venue capacity, are in effect until Jan. 12, 2022. The next Jets home game following the expiration of the orders is on Jan. 15 against the Ottawa Senators.